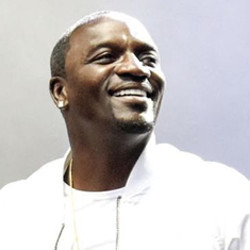 The musician, producer, and personality known as Akon was born Aliaune Damala Badara Akon Thiam in 1973 in St. Louis, Missouri. Most of Akon’s earliest years were spent in Senegal, where he learned to play a variety of instruments,…

PrevPreviousAfter 7
NextAlexander O’NealNext
Start by filling out our no-obligation application form below to check terms and availability for Akon or any celebrity of your choosing.
Want to talk about your meetup now? send your message to ([email protected]) and one of our standby agents will be happy to help you immediately.

The musician, producer, and personality known as Akon was born Aliaune Damala Badara Akon Thiam in 1973 in St. Louis, Missouri. Most of Akon’s earliest years were spent in Senegal, where he learned to play a variety of instruments, including djembe and guitar. Eventually, his family settled in New Jersey, and then Atlanta, where Akon spent his formative teenage years.

Akon’s talents in music eventually led to a friendship and mentorship with Devyne Stephens of Upfront Megatainment. Stephens signed Akon to his production company and arranged for him to begin recording his music, which eventually garnered the interest of SRC Records at Universal. Additional collaborations with a variety of rappers and other artists helped to increase his exposure, and Trouble, Akon’s solo debut, was released in 2004. Featuring the hit singles “Lonely,” “Pot of Gold,” “Locked Up,” “Ghetto,” and Belly Dancer,” the album rocketed to the top of the charts and firmly established Akon as a music powerhouse.

Konvicted and Freedom followed in 2006 and 2008, and Akon embarked on a series of successful concert performances, including the Konvicted Tour in 2007 and 2008, the Sweet Escape Tour alongside Gwen Stefani in 2007, the Good Girl Gone Band Tour with Rihanna in 2008, and the OMG Tour with Usher in 2011. Quickly gaining a reputation as a solid performer and outstanding musician with whom to collaborate, Akon also began working with other musicians in a variety of capacities. He contributed to Gwen Stefani’s album, The Sweet Escape, collaborated with Chamillionaire on Mixtape Messiah 2, produced Soul Survivor for Young Jeezy, appeared on Strength and Loyalty with Bone Thugs’n’Harmony, produced Not 4 Sale for Kardinal Offishall, co-produced “Mirrors” for Natalia Kills, and co-wrote “Put It on My Tab” for the New Kids on the Block and “Just Dance” for Lady Gaga. He also contributed to Whitney Houston’s 2009 album, I Look To You, recorded “Wake it UP” with E-40 for the album, The Ball Street Journal, and collaborated with Aventura, Reggaeton, Wonder Girls, and Pitbull for a variety of music project. Akon has also fostered up and coming artists by establishing his own record label, Kon Live Distribution, signing such notable performers as Jeffree Star.

Akon’s enormous marketing power has brought him a staggering level of financial success, ranking him in the top 100 on the Forbes list for 2010. His critical accolades include numerous Grammy nominations, four triple platinum singles, and three double platinum singles. Akon’s latest album, titled Stadium, is scheduled for release in 2018. He recently appeared in the film American Heist in 2014, and then in Popstar: Never Stop Never Stopping in 2016.

Apply now to connect with — Akon