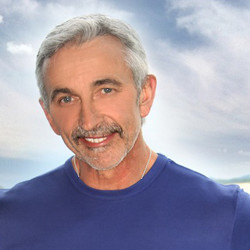 Aaron Tippin was born in 1958 in Pensacola, Florida and grew up in South Carolina. Although Aaron initially had aspirations in the field of aviation, and worked as a commercial pilot, in the mid 1980’s he moved to Nashville,…

PrevPreviousA Thousand Horses
NextAlabamaNext
Start by filling out our no-obligation application form below to check terms and availability for Aaron Tippin or any celebrity of your choosing.
Want to talk about your meetup now? send your message to ([email protected]) and one of our standby agents will be happy to help you immediately.

Aaron Tippin was born in 1958 in Pensacola, Florida and grew up in South Carolina. Although Aaron initially had aspirations in the field of aviation, and worked as a commercial pilot, in the mid 1980’s he moved to Nashville, Tennessee and later that same year competed in a contest as a vocalist. Tippin won the contest, won a song-publishing contract, and began a career as a songwriter and singer.

Aaron Tippin found himself working for Reba McEntire at Starstruck Entertainment. He worked with Starstruck for nearly a decade, but very early on acquired his first recording contract with RCA in 1991. His debut album and corresponding single, You’ve Got to Stand for Something, arrived in that same year, and the timing could not have been better; with its message of personal values and commitment, its release coincided with the start of the Gulf War, and the song became iconic for American soldiers.

Aside from “Where the Stars and Stripes and the Eagle Fly,” which released shortly after the attacks of September 11th, few of Tippin’s singles crossed over to the mainstream charts, despite their popularity in the country charts, where Aaron enjoyed consistent success. In fact, more than thirty of Aaron Tippin’s songs have landed on the country charts, with three of them rising to the number one spot. Today, Tippin continues to record and perform, and enjoy success as a country music star. His latest album, Aaron Tippin 25, arrived in 2015.